How to Approach Doublings

How to Approach Doublings

Daily Dose - Warm Up With A Crossing Noise Detector

Have you ever been told that your doublings are “crushed” and that you need to “open them up”? Do you have difficulty with your doublings when coming from certain notes? If you answered yes to either question, perhaps it’s time to take a step back and review some key facts about doublings.

First, let’s examine the E doubling, one of the most frequent doublings we find in all of light music. Recall that doublings are made up of gracenotes and melody notes. Many pipers have never really thought about doublings in such detail, thinking that doublings consist only of gracenotes. But careful examination will reveal that the first E in an E doubling is, in fact, a melody note, as shown in Figure 1. 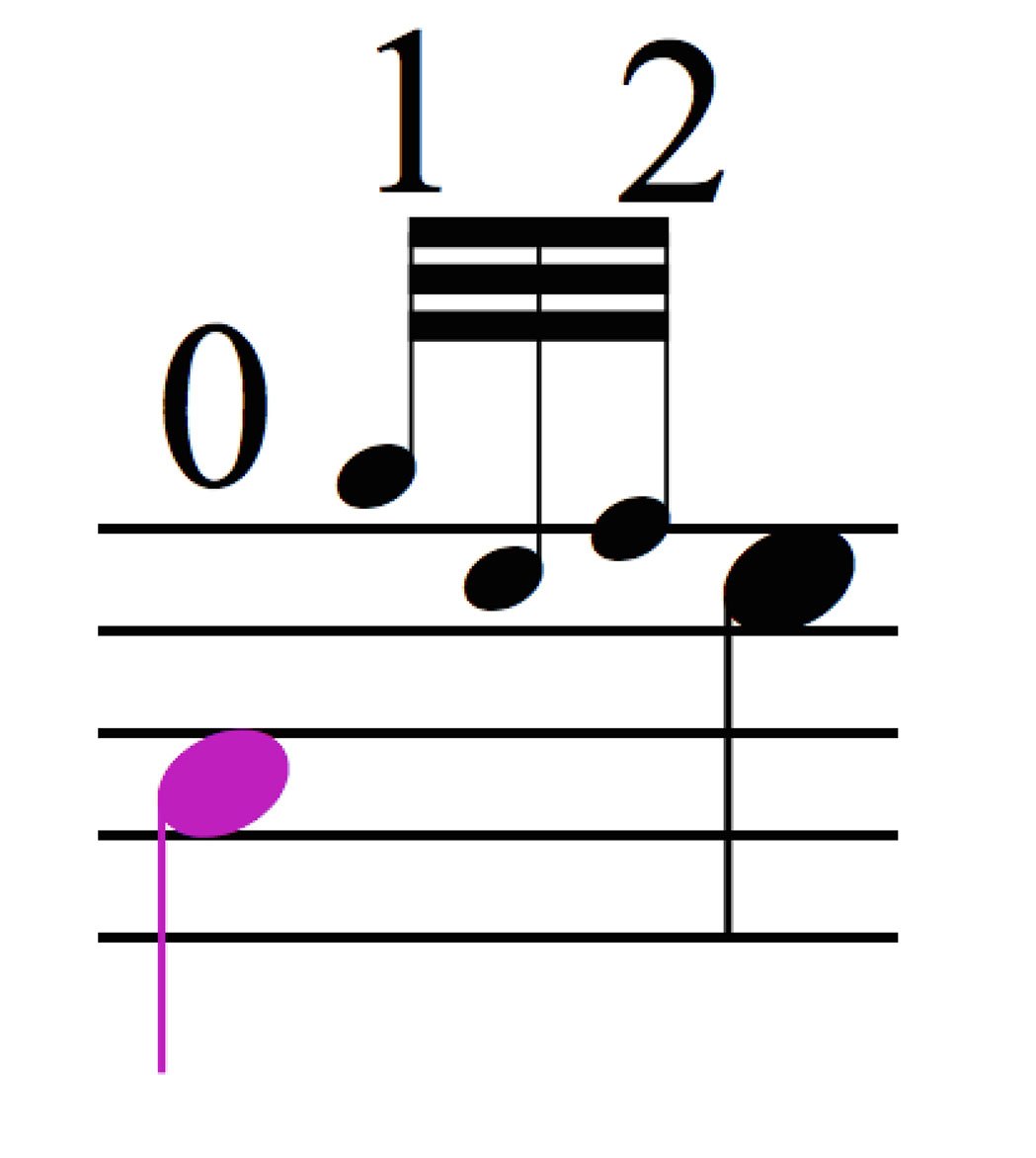 In this figure, step zero simply denotes any melody note that precedes the doubling. Thus, step 1 of an E doubling is to play a G gracenote TO E, which makes the first sound of the doubling. Step 2 is to play an F gracenote ON E (since you’re already on E), making the second sound of the doubling. A doubling should have two clear, crisp and distint sounds, such as “tah tah”. Some think of these sounds in terms of word syllables. The two gracenotes must be crisp and percussive, like all good gracenotes, and both sounds of the doubling should be evenly spaced. Avoid playing the first E too long. The G gracenote to E needs to be played squarely on the beat. Be careful that the gracenote doesn’t come AFTER the E, or else you will get three sounds, not the two sounds that are needed. Careful attention to the beat placement will also help to assure that the F gracenote isn’t placed on the beat, or else the doubling will be played ahead of the beat.
An E doubling can be played from any note other than High A, in which case it’s a half doubling, with the melody note E as the doubling’s first sound, followed by the F gracenote on E for the second sound.

One of the most technically challenging combinations in piping is to play is an E doubling from F, particularly when the F is a short note. See Figure 2. This bar is taken from the ending phrase of "The Australian Ladies."

Many pipers, this writer included, have to really concentrate to make sure that everything comes together correctly when playing this note combination. In detail, this combination goes like this: Play an F (step zero), then lift ALL of the top hand fingers off the chanter and bring the G and F fingers down together sharply (making the first E), followed by an F gracenote on the E melody note.
For a short, or cut, F into an E doubling, as in Figure 2, the F should be “fused” into the doubling. In essence, this means that the short F should sound as if it is part of the doubling, now making three sounds, but keeping the G gracenote on the beat. The sound of a fused F into the E doubling would sound like duh DUH duh, with the DUH played on the beat. This fingerwork needs a lot of practice, and it is helpful to use a metronome to assure rhythmic accuracy. Play each step slowly and “open” at first. Many pipers tend to rush through the F, don’t place the G gracenote on the beat, and simply hope for the best. As in most cases, hope is not a good strategy. But as in all of piping, our fingers need to be told what to do, in what order, and in what time frame. That’s called control. Once we know the steps and play them correctly, we can speed up those steps, keeping them crisp and evenly spaced.

Practice E doublings up and down the scale, starting on Low G, and listen to make sure that you hear only two sounds. Use a metronome at a slow but reasonable tempo, say at 60 bpm, and play the preceding melody note on one click, and the G gracenote to E on the next click. And it’s also good practice to alternate between a melody note followed by only a G gracenote to E (on the beat!) and then play the same melody note followed by a complete E doubling. This exercise helps train us to play the G gracenote of any doubling on the beat. It also great practice to take a bar of music that contains an E doubling, and practice that bar over and over, assuring that the doubling has the correct sounds. Record yourself, and listen closely. This type of feedback is essential to perfect all phases of our piping.

Frequent practice of our doublings from all the notes help train our muscle memory to become automatic. But never lose sight of the fact that we must always play what we intend to play. Tah Tah!

For additional information on the technique involved in playing doublings, please see the following classes at Dojo University:

What Is a Doubling?

More on the Great Gracenote Debate

As You Improve, Slow Down