Close your eyes and touch the tip of your nose with your finger. Without looking at a clock, how long have you been reading this article? Place your hand under running water, is it hot or cold? Are you in pain, are you hungry, do you have to use the restroom? All these are senses in addition to the fab 5 and there are many others. The problem is senses can be fooled. When trying to learn, it’s good to know what’s going on in your head and how to use that to improve.

To get started we need to have a brief idea of how everything works. All the information that reaches the brain comes from our senses. Sight, hearing, smell, taste, touch, these are commonly known ones but there are many more.

Knowing where your limbs are, and how they relate to the rest of your body is called Proprioception or kinesthetic sense. The passage of time is a sense called Chronoception. Know the temperature of water or even the air is separate from touch and called Thermoception.

If you are feeling pain you are using the sense of Nociception. Knowing if you have to use the restroom, or if you lungs are full and you have to exhale, is part of a group of senses called Interoception. There are even more senses out there, the sense of balance (are you standing up straight), personal space (you can tell if someone is standing too close even with your eyes closed), etc.

In spit of all of these different senses, we can still be fooled. The classic example is an optical illusion, is it a goblet or two faces? 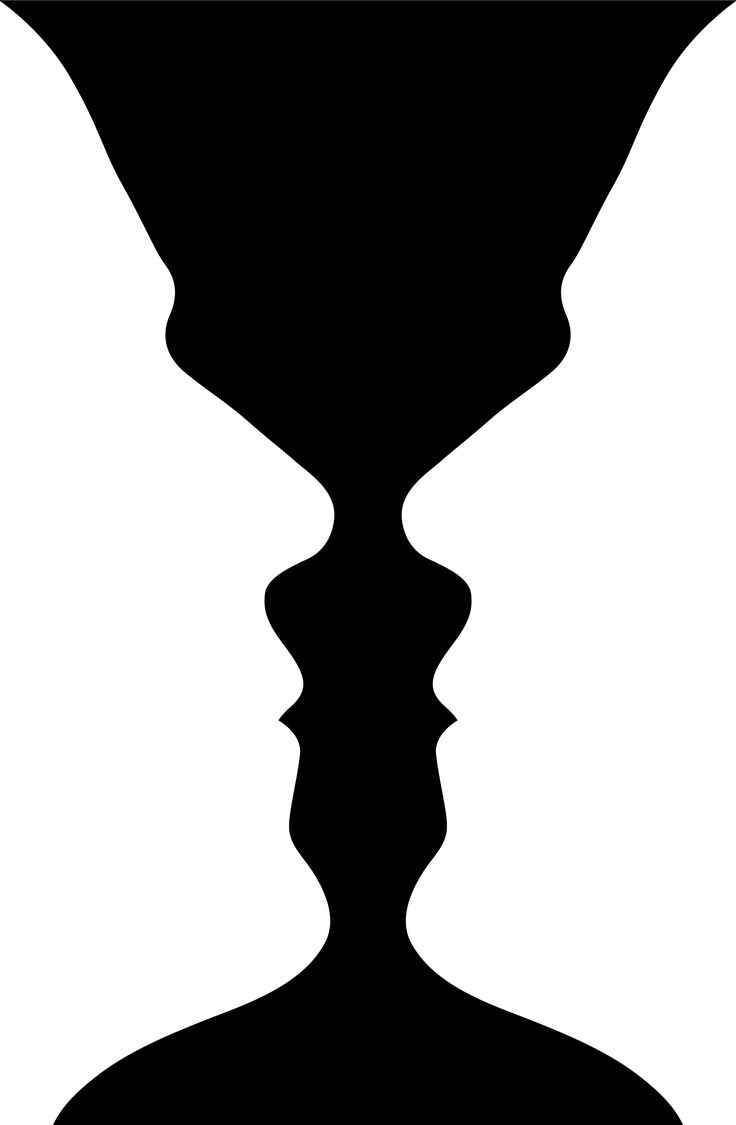 Essentially, all of your senses can be fooled at one time or another. However, if you are conscious of what can cause your senses to be confused you can try and prevent it. In the illusion above it was pointed out that it was either a goblet or two faces. Since you knew it was one or the other you were able to look for, and hopefully see, them both. By being mindful of what you are doing, what is happening in your mind, and what is going on around you, you can keep yourself from being fooled.

As musicians, and bagpipers, there are two senses that we need to focus on, hearing and chronoception.

Hearing is a strange sense to worry about. For the most part you hear what you hear. The problem is musicians almost always have a soundtrack of the music you are working on playing in your head. While this is a good thing, it keeps you from concentrating on what you should be playing, it also means you can miss something that you don't play.

Your brain is very good at filling in the gaps for things that should be there but are not. Your brain also seeks out patterns in everything around you. These two aspects can work for you but also against you. For example, if there is a tree in the park that you pass everyday, you get used to it being there. Sometimes it can take a week or two to notice that it has been removed.

It's easy to see then where your senses might fool you in your piping. If you are playing a tune, in the zone, you might hear every gracenote, You'll hear all three notes in a triplet. The problem is, you actually might not be playing them. Your brain is telling you all the notes should be there, with the proper sound. This applies to musicality and timing issues as well. This is one of the reasons it's important to record yourself practicing and competing.

Chronoception is a bit of a vague idea. Most people have a sense of time passing. Some are better than others, but people can usually tell about how much time has passed. Think back to grade school. Sitting in the classroom on a nice sunny day you are waiting for the day to end. You stare at the clock with just 15 minutes left. After what seems like an hour passes you look back at the clock and there are still 5 minutes left. Because you are concentrating on how much time you want to pass, the time seems to pass more slowly.

It works the other way as well. Imagine you are at an arcade and you are allowed to play as many games you want for free but you only have an hour to do it. In this situation time will seem to fly by because you are concentrating on playing as many games as you can.

Chronoception is where we get our sense of timing. If you are trying to keep a steady beat, you are letting your mind decide how much time passes between each beat. Depending on what you are concentrating on, the same beat can seem fast or slow.

If you are playing a simple march, like "Green Hills of Tyrol," at 75 beats-per-minute (BPM) it will seem to drag. If you then play a harder march, like "Torosay Castle," it may seem like 75 BPM it flying by! You can be playing a reel at 75 BPM and some sections can seem slow, if there is only one of two notes per beat, but if there is a run of four notes the same 75BPM will seem fast.

For many bagpipers, especially when they first start playing, the tempo will speed up or slow down (or both) during a tune. Your mind is alternating from concentrating on the parts of the tune you are having problems with to the parts you can play easily. This causes the tempo to slow a little at the hard part and speed up at the easy part. The worst part? You've been fooled by your senses. You might not even be aware that it's happening until you hear a recording, or if someone gives you feedback.

But now that we know about these things we can tame them. Figuring out where these problems, missed notes or uneven tempo lay can be hard unless you record your practices and competitions. If you know that you speed up or slow down at certain parts of tunes keep that in mind. Make sure you practice with a metronome. Also make sure you know the tune well, that way you are not trying to think of which note comes next. At a competition take a moment before you start your tune to get the tempo set in your head. Do what you need to do to "retrain" your senses.

Missing embellishments or notes can be solved with recording yourself as well. If you make an effort to record and listen to your playing you will be able to hear these missed notes. As you work at it, you can train your mind to listen for them as you play. One thing to do is to make sure you know the tune as well as possible. That way you don't have to remember what comes next you can listen to hear if the correct thing comes next.

Trusting our many senses is essential for our survival, but they can also play tricks on us if we're not careful. Always be aware that things might not be as they seem. Record yourself and get feedback. If you know where your weaknesses are, you can get a better picture of your playing, your senses will fool you less, and you can make quicker steps to improvement.

How Slow is Slow? Part 1

How to Use a Metronome to Learn a Strathspey

How to Use a Metronome to Improve Your Piping