The Story of Highland Cathedral

The Story of Highland Cathedral

Transitioning to the Pipes Without Frustration

Regal. Stately. Majestic. It’s one of the biggest bagpipe tunes ever, behind only "Amazing Grace" and perhaps "Scotland the Brave." "Highland Cathedral" is – or should be – in every piper’s repertoire.  But how much do you know about this tune? Time and again I’ll see it listed in programs as "Highland Cathedral" – traditional Scottish bagpipe tune. But that’s wrong. 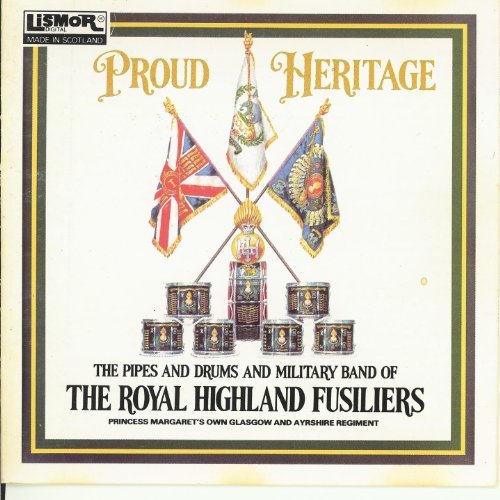 "Highland Cathedral" was composed by by two German musicians, Uli Roever and Michael Korb, and first published in 1982. Korb took up the pipes in the early 1970s and recorded several bagpipe-based singles. In 1979, he started working with Roever, a successful arranger, producer and composer. The duo developed a handful of recordings before releasing "Highland Cathedral" with the flip side, a rather disco sounding "By the Right Quick March" (have a listen here). And the rest is history.

Since the composers' original release in 1982, the tune has been recorded more than 850 times. The Royal Highland Fusiliers with Pipe Major Gavin Stoddart were the first to cover "Highland Cathedral" on their album Proud Heritage, released in 1986. The Royal Scots Dragoon Guards, of "Amazing Grace" fame, made it the title track of their 1998 album (hear their version here). Amy Grant, an American Christian music artist, helped popularize the tune in the US by including it on her 1999 recording A Christmas to Remember.

The composers have shared their back story, what they imagined as they wrote the tune. During the reign of King James I, all clan chiefs were asked to meet secretly at St. Columba Church in Glasgow (known as the Highland Cathedral). There, they pledged to live in peace and end their constant feuding. This peace unfortunately lasted only as long as the King's reign.

Several authors have composed lyrics for this tune, the most prominent being by Ben Kelly. The song has been suggested as the official national anthem of Scotland. Here are Kelly's lyrics:

Land of our fathers, we will always be
Faithful and loyal to our own country.
In times of danger, we will set you free,
Lead you to glory and to victory.
Hail, Caledonia, to our ancient prayer.
In this Highland Cathedral, let our standards bear.
Joining, together, with one dream to share.
God bless the people of this land so fair.

Rise, Caledonia, let your voices ring
In this Highland Cathedral of our God and King.
Whom joy and liberty to all will bring.
Come; let your heart with love and courage sing.

Lonely the exile, o'er distant seas,
The home of their birth, gone from their eyes.
Bring back their souls o'er the ocean breeze
To the land where their fathers lie.

Brides love it and churches love it. Church organists and orchestral directors love it. If you are invited to play with an organist or orchestra, it will quite likely be this tune. In fact, I would bet this one tune has sold more orchestral chanters than all other tunes combined. But when you play it, be sure to give credit to the composers, Uli Roever and Michael Korb.

-1
14   1
previous Converting to Sheepskin, Part 3
next The "Sweet Spot" Explained

Tom Crawford Tom Crawford is Pipe Major for North Atlanta Pipes & Drums and a piping instructor in Marietta GA. He’s been piping since 2000, when he began his studies with Winter Taylor. Tom has played rock, blues, country and Celtic music for nearly 50 years. He’s been a member of Keltic Kudzu since 2006, where he plays mandolin, bouzouki, whistle, and of course pipes. Tom has played and competed up and down the Atlantic coast, as well as in Canada and Ireland.
Related Posts