For most of 1916 the French forces were taking part in the Battle of Verdun, the largest and longest battle between the French and Germans. In this German offensive, they endeavored to tie up, and wipe out, the majority of the French forces at Verdun. The French were taking a high number of casualties, compared to the German losses, and this was putting a huge strain on French resources.

The Allies decided to launch an offensive to the north of Verdun in an effort to draw away a portion of the German army at Verdun to relieve the pressure against France. This became the Somme Offensive ( the Battle of the Somme) and it started on July 1, 1916. The Somme offensive was part of a larger Allied offensive that was meant to force the Central Powers to fight on multiple fronts. The Russians would start an offensive on the eastern front and the Italians launched assaults on the Italian front.

The Somme region was chosen because it was where the British and French armies overlapped. The plan was for the combined French and British forces to overwhelm the smaller German defenders, while squeezing the Central Powers from all sides, and bring a quick end to the war. Unfortunately the French were forced to move units that were to be part of the Somme Offensive to Verdun to prevent a German breakthrough there.

Beaumont-Hamel is a small town in northern France in the Somme region. The town itself was not that significant tactically but the Beaumont ridge outside of the town provided good views of the surrounding, relatively flat, area. The Germans, who controlled the town before the Battle, had used the local geography to create a strong defensive position.

On the first day of the Somme Offensive, the Newfoundland Regiment was tasked with capturing Beaumont Hamel. At the time of the war, Newfoundland was a self governing region and not part of Canada. The region was able to raise a volunteer regiment of battalion strength ( 1,000 men ). They took part in the Gallipoli campaign, the only troops from North America in Gallipoli, before being sent to the western front.

Unfortunately, due to the slow advance of the British forces, and the still intact barbed wire, the Germans were able to move into, and reinforce, the crater left by the explosion.

At 8:45 am the Newfoundland Regiment was ordered to advance on Beaumont Hamel. They were supposed to move through British access trenches to the front line before starting their assault. The trenches, though, were clogged with wounded due to the large number of casualties in the troops taking part in the initial assault. The Newfoundland Regiment was ordered to go up over the trenches and advance.

Around 758 men of the Newfoundland Regiment started to advance. They were coming from almost 230 meters behind the British lines and they had to navigate, slowly, through the British barbed wire fences before they could reach no-mans land to start their assault. Due to the collapse of the initial assault, no-man's land was clear and the men of the Newfoundland Regiment were easily seen, silhouetted against the sky. The Germans tore into them. Within 15 minutes, over 650 men were dead or wounded.

In November 1916, the final assault of the Somme offensive was launched. This time it was up to members of the 51st (Highland) Division to take Beaumont Hamel. Major General George Harper, commander of the 51st Division, decided on a new plan of attack. Instead of committing all three of his brigades against the objective he would send only two. When the objective was captured the third brigade would move up through, or leap frog, the other brigades to move towards the next objective.

The assault on Beaumont Hamel was supposed to start near the end of October. Due to bad weather, the day of the assault was repeatedly moved. The plan called for artillery barrages in the days before the assault. The start of the assault was moved at the last minute and this subjected the German defenders to reappeared bombardments.

The assault began on November 13, 1916 at 5:45 am. In a series of waves, the 152nd Brigade 51st (Highland) Regiment, including men of the 5th Battalion Seaforth Highlanders, 7th Battalion Gordon Highlanders, 6th Battalion Black Watch, and 8th Battalion Argyll and Sutherland attacked. Moving forward through heavy mud, waist deep in some places, they advances close behind a slowly moving artillery barrage. They were so close to the barrage that some members of the 6th Black Watch were wounded when they advanced too quickly.

The Capture Of Beaumont Hamel, part of the Battle of Ancre, was the last major battle of the Somme Offensive. By 7:50 am on November 13, 1916 the 152nd Brigade had advanced past its third objective and a halt was called. The thick mud and heavy German resistance caused the troops to fall too far behind the artillery barrage. The rest of the day was spent consolidating forces and eliminating small pockets of German resistance. Beaumont Hamel had been taken.

Beaumont Hamel stayed in Allied hands until March, 1918 when it was recaptured by the Germans during the Spring Offensive. The area was under constant contention until just before the end of the war.

The tune, “The Capture of Beaumont Hamel” was composed by Pipe Major John Maclellan. P.M. Maclellan was born in 1875 and he enlisted in the Highland Light Infantry in 1892 at the time. He fought during the Boer War and left the army around 1903. In 1899, at the Battle of Magersfontein, he won the Distinguished Conduct Medal, awarded for "distinguished, gallant and good conduct in the field.” This medal is second highest award an enlisted man can win, just below the Victoria Cross.

He re-enlisted during the First World War as part of the 8th Battalion Argyll and Sutherland Highlanders. Up to, and during part of the Battle of the Somme, MacLellan, and the other pipers of the 8th Argyll and Sutherland Highlanders, would be present and work in the trenches, but did not play the men over. After the Battle of the Somme, the pipers were regulated to service behind the lines.

He was wounded at Laventie, a series of small battles on the French–Belgian border, in 1915 but returned to service. In 1919, he became the Pipe Major of the 8th Battalion Argyll and Sutherland Highlanders, a post he kept until he retired in 1930.

The tune “The Taking of Beaumont Hamel” was first published in the Cowal Collection, Book 3, in about 1920. On the original setting of the tune the composer is listed as “Pipe Major John MacLellan, Dunoon.” Book 1 of the Cowel Collection was compiled by, and included tunes composed by, P.M. John MacLellan. The subsequent volumes, books 2 to 4, were published by the Cowel Highland games Committee. A Book 5 was compiled and published in 1958 by P.M. George MacDonald.

A slightly different setting of this tune was published in the book The Master Method for the Highland Bagpipe by Pipe Major James Robertson and Pipe Major Donald Shaw Ramsay. This book is a bagpipe tutor of sorts, containing some light music and piobaireachd theory as well as a section of tunes. In this book the tune is titled "The 51st Division at Beaumont Hamel."

Andrew Douglas
Andrew is a prolific practitioner of the bagpipe, having been active at the highest level of pipe bands, solo competition, teaching, and creative endeavors for the past 20 years. He's also the founder and creator of Dojo U and of PipersDojo.com.

Patience is bitter, but its fruits are sweet. Speaking of eating, have you ever bitten off more than you can chew? Maybe you over-booked your… 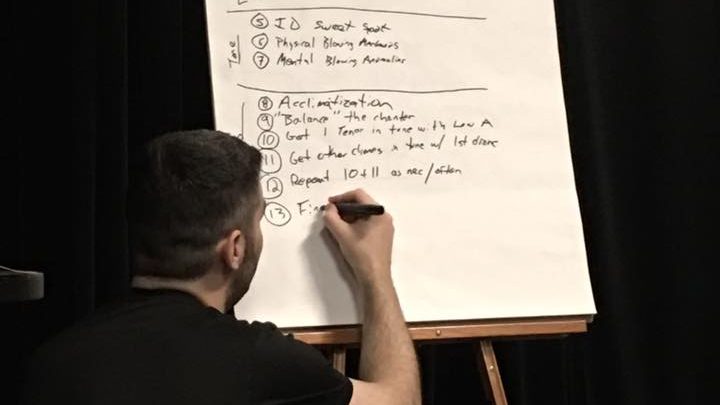 Finally, some answers! I recently spent some time "surveying" bagpipe judges from around the world, and taking mental notes on key concepts regarding pipers reaching the…

"Your Repertoire" tune of the weeks are an essential element in reaching your full potential. These are weeks where, instead of using new and unfamiliar…

When I was in my late teens, I made a mistake at the Worlds playing with the SFU Pipe Band. A bad mistake. There’s a… 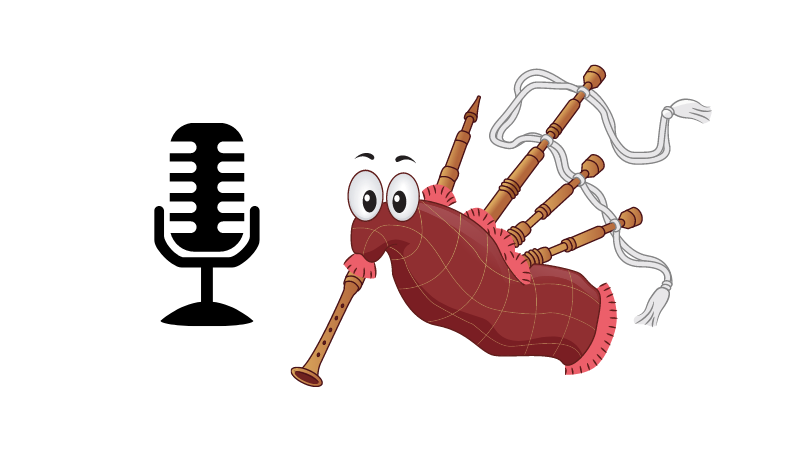 We've all been there. We're trying to make a recording of our playing, but it's just not coming out right. On the first recording, I…