News & Blog
Josh Comeau, a developer at Khan Academy has put together an excellent online tutorial about sound waves and how they work. It’s worth a few minutes to read through and play with the tools. This is a great primer for bagpipers toward a better understanding of the qualities of harmonics and what makes a bagpipe
Read more

News & Blog
The MacCrimmon family, the Hereditary Pipers of Clan MacLeod, produced many great pipers and are credited with a tremendous historical influence on the art of piobaireachd. The most influential member of the family was Donald Mor MacCrimmon. Patrick Mor, one of Donald Mor’s sons, who followed his father as Hereditary Piper, was known as a great player and composer.
Read more

Frequently Asked Questions
A D throw is a common, three-step embellishment that occurs in all types of Highland bagipe music. It finishes on the note D from any other note on the chanter, hence the name. The D throw is written as follows: 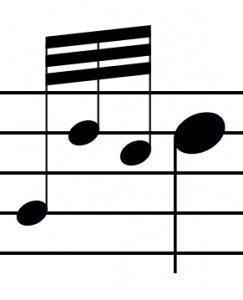 The D throw is, less commonly, written as follows: 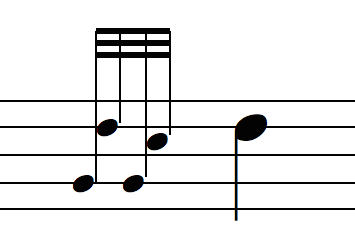 Inside the Circle Interview With Andrew Douglas

#PipersDojoTV
Check out this interview with Andrew and the Las Vegas Pipe Band where we learn about Grade 1 band sheets and what it takes to make a great teacher.
Read more