Home Media Frequently Asked Questions "What Are Bagpipes Made Of?"

"What Are Bagpipes Made Of?"

"What Are Bagpipes Made Of?"

Most people know that bagpipes are usually made from African blackwood (dalbergia melanoxylon). However bagpipes have been, and are, made of a variety of materials. Some of them are good, some less so. The question becomes: why is African blackwood used in bagpipes?

The early history of Scottish bagpipe material is largely lost. Some educated guesses can be made, however. It’s safe to assume that in the 17th and 18th centuries African wood, or any tropical hard wood would not be found in Scotland.

During the Renaissance most woodwind instruments were made of European boxwood (buxus sempervirens). Boxwood is found from southern England to northern Morocco and across the Mediterranean. 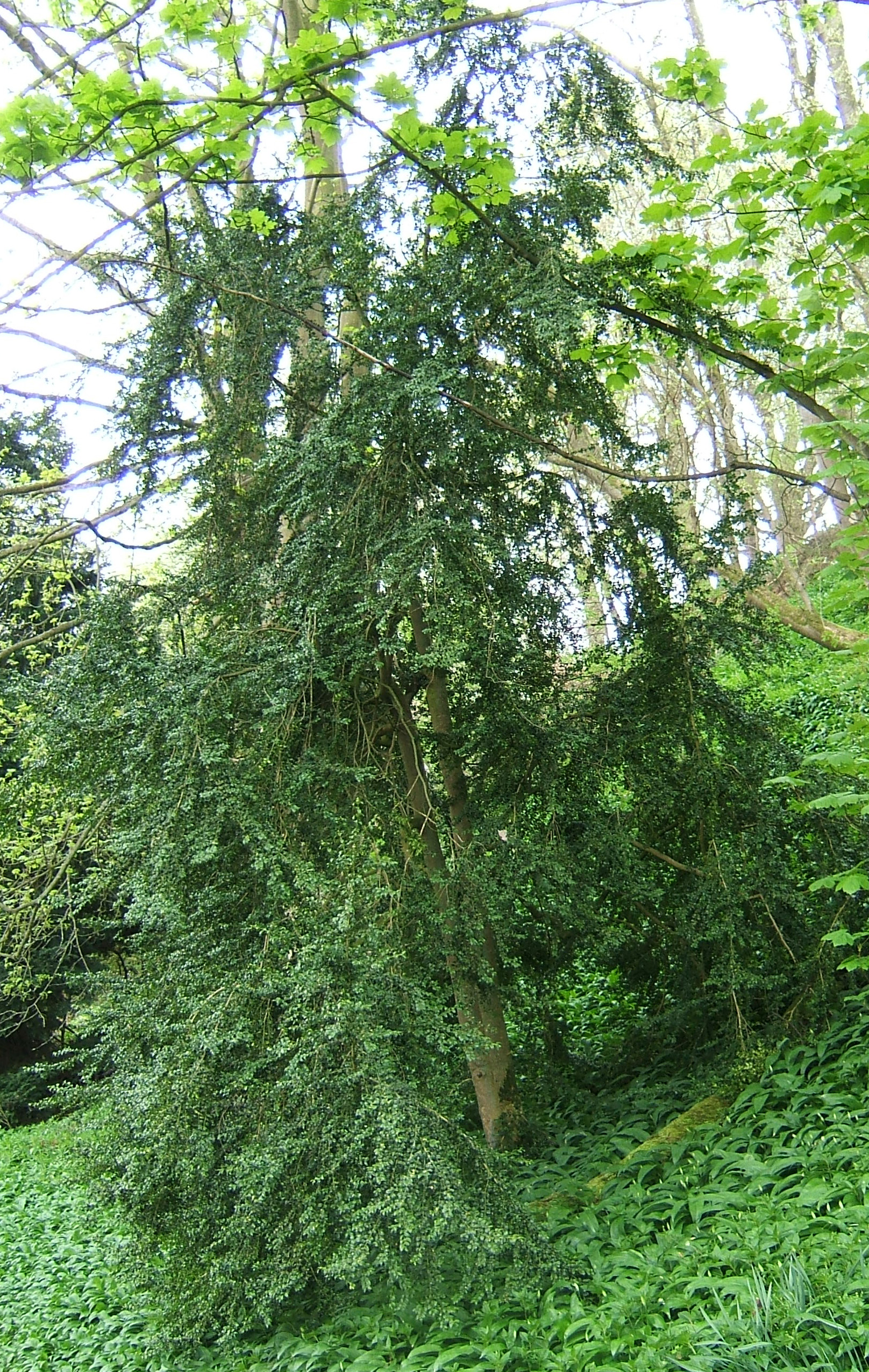 It is a very slow growing tree that has little to no grain. It is, possibly, the hardest wood native to Europe. This made it ideal for woodwind instruments and examples of many types of woodwinds, including the precursors to oboes, clarinets, and early recorders.

Since boxwood was found in the south of England, and because it was a commonly used in other instruments, it seems likely that it could have been used in bagpipes. The problem is that there are no bagpipes that have been found that go further back than the 18th century.

One of the oldest known sets of highland bagpipes, a two-drone version similar to the Spanish gaita, is made of Bog Oak a type of Bog Wood. 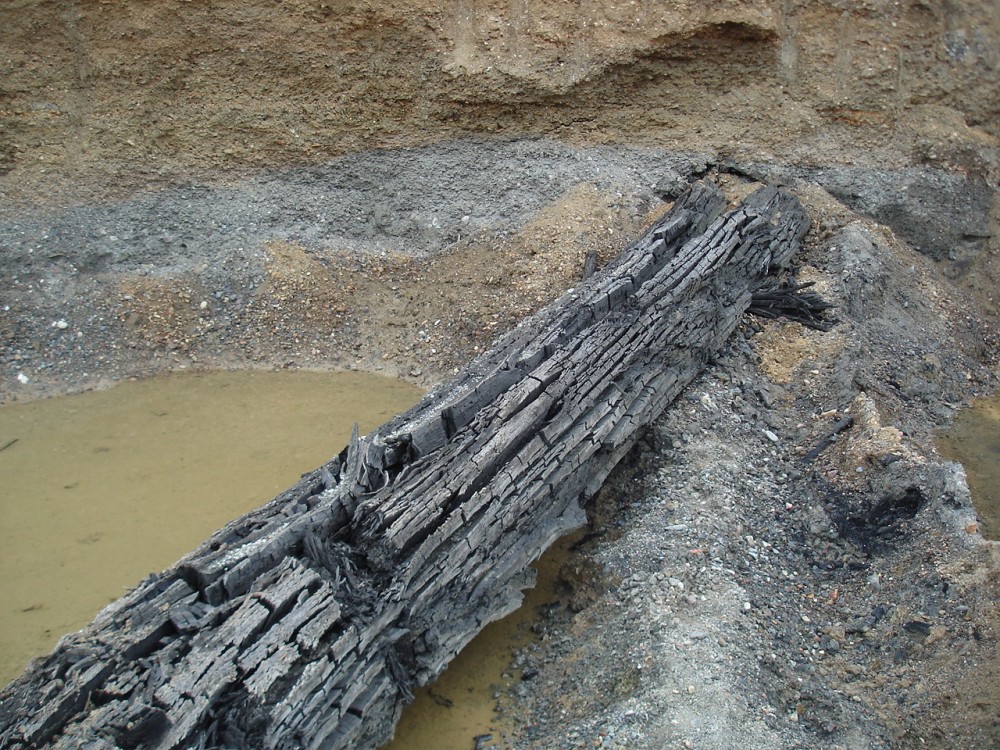 Bogwood from the Sava River in Bosnia-Herzegovina

Bog Wood is a very interesting material. It is actually a type of pre-fossil. It is wood that has been buried in peat bogs and preserved by the anaerobic nature of the bog. In the past, over time, the bogs expanded and contracted. This would allow dead trees to become buried in the bog. Some of these trees have been buried for hundreds if not thousand, of years.

Peat bogs are found in very few areas in the world. They form in areas that are cool and wet. They usually have poor drainage and are in oceanic climates. The northern Highlands are dominated by the bogs and peat bogs make up almost 23% of the land area in Scotland.

Bog wood found in Scotland is generally oak, pine, and yew. The wood takes on its dark brown or black appearance due to the tannins found in the bogs. It is incredibly hard and for the most part holds its original shape. This led it to be used in furniture, decorations, instruments, and wood block printing.

It wasn’t until Great Britain became involved in Atlantic triangular trade in the 18th century that tropical hard woods started to make their way to Scotland. Ships returning from the colonies would bring these hard woods back to be used in furniture, decorations, and musical instruments.

The Great Highland bagpipe did not take on the form we know today—two tenor drones, one bass in the size and length we know—until the 1780’s. It is generally thought to have been first produced as “prize pipes” awarded during piobaireachd competitions. Even then, they were made of a variety of woods, both local and from the colonies. It wasn’t until the very early 1900’s that African blackwood became the default material for bagpipes.

African blackwood, part of the rosewood family, is found in the dry regions of Africa, Senegal to Eritrea down to the northern and eastern parts of South Africa. The tree itself usually grows to about 15 meters. The dry climate causes the wood to grow very slowly. A mature tree, one that is usable for furniture of musical instruments, is about 20 to 30 years old. This slow growth is what makes the wood so dense. The older the tree, the better quality of the heartwood, the dark center core of the tree which is what we call "blackwood." In the early days of British colonial expansion, it was not unusual for bagpipes to be made from trees that were more than 100 years old. 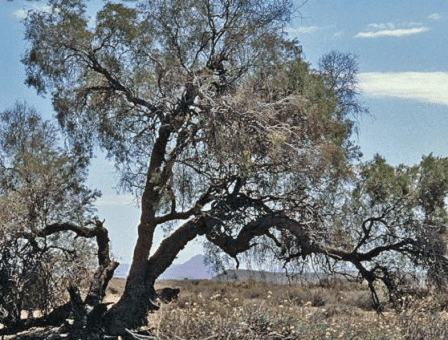 There is one interesting fact about blackwood. In the early period of transatlantic trade, blackwood was almost regarded as scrap wood. There are accounts of trade ships using it as ballast and then discarding once it arrived in Great Britain.

African blackwood was a very common tree up until the mid 20th century. It has been becoming very popular, along with other hardwoods in the rosewood family, in furniture and decorative carvings especially in Asia. Due to its overuse and slow growth, many members of the rosewood family are now commercially extinct in their natural regions and have been added to the CITES list of protected species. African blackwood was recently added to this list in 2017.

Starting in the 1950’s bagpipe makers have been experimenting with plastics in bagpipes. Delrin and Polypenco have become more common. A great many pipe bands play with chanters made from this synthetic material. Most of the major bagpipe makers produce full sets of bagpipes made entirely of polypenco. Today's bagpipe makers are also experimenting with exotic hardwoods such as cocobolo and mopane, which share similar qualities as blackwood. Natural woods though, face the same risk of over harvesting and overuse that rosewoods have experienced and thus could face the same commercial restrictions as other hardwooods such as ebony, rosewood, and blackwood.

Are Plastic Bagpipes the Same as Wood?
A (Very) Brief History of Bagpipes

-2
8   2
previous Your Dose of Piping Inspiration: Angus MacColl at Celtic Connections
next "What is Polypenco?"

"Which Reeds are Right for My Bagpipes?"